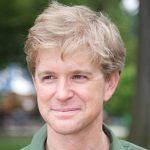 The link to listen is HERE

For almost 100 years, the Sisters of St. Joseph in Chestnut Hill have lived in the grandeur built by 19th-century industrialists. What has been St. Michael’s Hall since 1924, when the nuns acquired it, started as an opulent estate for a string of wealthy Philadelphia families.

Now the religious order, which runs Chestnut Hill College, wants to sell the 15-room mansion and its 4 acres of landscaped grounds. The last residents moved out in September, and the sisters hope to hand the house over to a good steward.

“As we get older, as we get fewer in number, we need to divest of some of our bigger properties,” said Sister Karen Dietrich, general councillor for the order. “But this is such a gem, and has served so well for so many years in the community, we really want to make sure that that love and legacy — the blessing that it has been — can be carried on.”

With an asking price of $2.5 million, the grounds are of interest to developers, who Dietrich said would likely either raze the building or divide the property into housing lots to make a return on their investment. The Sisters of St. Joseph would prefer that the next owner be the Woodmere Museum, just a stone’s throw away, if it can raise the money.

William Valerio, the director of the Woodmere, sees the mansion’s 27,500 square feet as a perfect place to expand the art museum’s footprint and create the Multicultural Collection Study Center — a series of technology-enhanced classrooms and gallery spaces.

To do so, Valerio said, he would not alter the grandly appointed “piano nobile” rooms on the ground floor.

He already knows every inch of the place.

At the main entrance, Valerio pointed out the ironwork on the large heavy door associated with the early 20th-century artisan Samuel Yellin, whose ironwork can be seen in many churches in the Philadelphia area.

“I would say it’s the school of Yellin. My guess is that it’s not made by Samuel Yellin,” said Valerio. “It could have been made by his workshop or any number of artisans who were trained in his workshop.”

Inside, the staircase and its newel post, hand-carved with holly leaves and pomegranates, grabbed Valerio’s eye for art history.

“It’s worth it to say that the person who carved the woodwork here was an artist named Edward Maene. He was one of the great artists of wood nationwide, but he was located here in Philadelphia. He did a lot of work with the Rose Valley Arts and Crafts group,” said Valerio, referring to the early 20th-century artisan community built near Media in Delaware County.

The original house was built in the mid-1850s by William Henry Trotter, an importer of Asian tea. After roughly 10 years, he sold it to Henry Latimer Norris, who headed the railroad manufacturing company started by his grandfather. The Norris Locomotive Works was the first American company to export locomotive engines; it was sold to Baldwin Locomotive Works, making Norris, then just 35, a very rich retiree.

The major expansion of the house came from its next owner, Alfred C. Harrison, at the time one of the richest men in Philadelphia. He and his family ran the Franklin Sugar Refinery, one of the largest sugar companies in the world. With its wealth and influence, the Harrison family had a significant impact on the culture and built environment of the city.

Harrison added two wings to the house in Chestnut Hill, and is responsible for bringing in much of the ornate craftwork that is still there, such as a geometrically patterned ceiling in the dining hall, a smoking room with mythical creatures carved into the wood paneling, carved cornices supporting the arched entrance hall, and that stair banister post carved with fruit and flowers.

When the Sisters of St. Joseph decided the order’s elderly nuns needed a small elevator to move between floors, they incorporated a discreet call button into the carved banister in a way that did as little harm as possible to Maene’s original carving.

“The sisters have been wonderful stewards of the building and have preserved what’s important about it,” said Valerio, who turned to Dietrich and said, “I mean, you’ve kept this building in great shape and respected the artists and the art that’s in it.”

“When you talk about the opulence and wealth, it’s kind of ironic that at the end of the day it ended up being a house for sisters who were living simply,” Dietrich replied. “And yet being good stewards of what they had been given.”

The stewardship of the estate extends to the grounds. In the wood-paneled formal dining room, which the sisters used as a chapel, three French doors open to a stone terrace outside, overlooking mature maple and birch trees more than 100 years old, their giant canopies spreading over grassy, gently rolling hills.